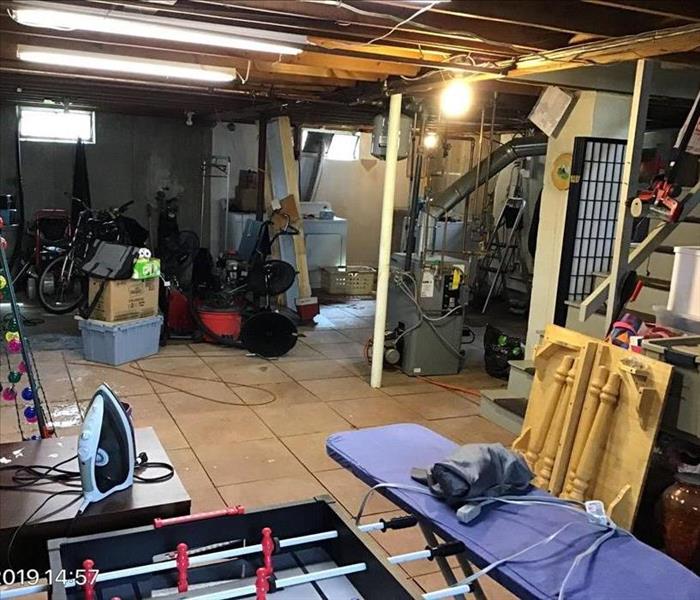 A rainstorm caused this flooded basement.