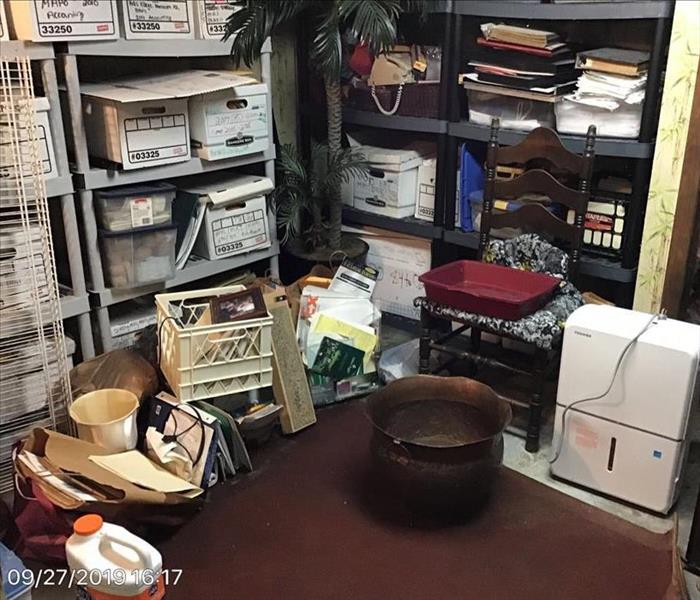 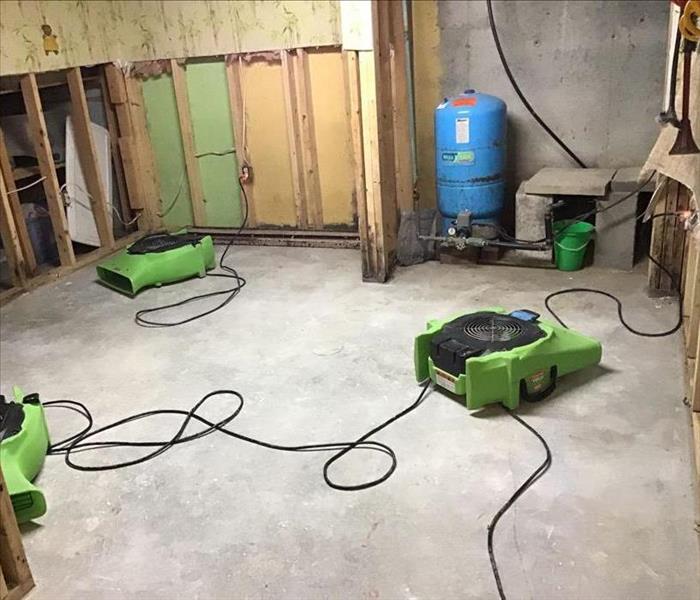 This flooded basement in Bedford, NH was the result of a furnace pipe burst. Notice of extended of the water damage; the water was about six inches deep throughout the finished basement. A lot of paper documents are stored in the basement, SERVPRO of Manchester sent crew out packed out all the salvageable contents in the basement as quickly as possible to prevent secondary damages. The after picture was taken only four days after the incident. Our customer was expecting a much longer process and she was thrilled with the results.