Back to the Beginning. 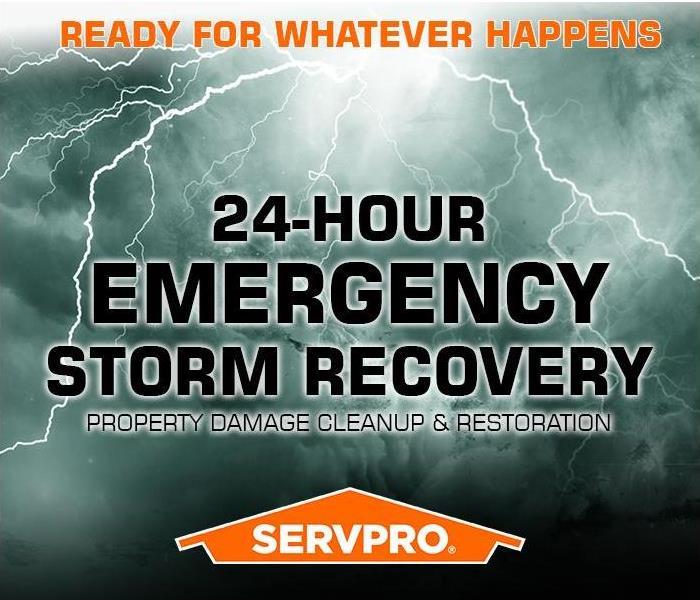 In 1992, SERVPRO® made a decision to begin taking the steps necessary to compete in the commercial market and catastrophic response (CAT). That same year, there was a large fire loss in Nashville. Several Owners agreed with corporate leadership and responded to clean the building; this was the first step on the road to commercial and CAT response. The following year, in 1993, there was a significant flooding event in the Mid-West. Corporate responded by sending several willing Franchise Owners to complete work in Des Moines, Kansas City, and ultimately ending in St. Louis. The nearly 40 Franchise Owners involved completed multiple projects, including the Spirit of St. Louis Airport.

The next two years saw several significant storm events. Tropical Storm Alberto dropped 24” of rain north of Albany, Georgia, causing the Flint River to flood; Storm Teams signed the Dougherty County School System billing out $1.3 million, among many other jobs. Hurricanes Opal and Erin struck and SERVPRO® Storm crews responded throughout the Gulf Coast region. This was the beginning of SERVPRO® Storm Response on a larger scale using centrally administered Franchises and crews. Many of the precedents set during these event are still part of the Storm Response Program today.

Storm remained an initiative led by the Storm Teams who are all Franchise Owners, using the processes learned on these early events. From 2002 to 2008, SERVPRO® Storm Teams responded to Iowa flooding and eight tropical storms and hurricanes, including Hurricane Katrina. A lot of mistakes were made; however, a lot of lessons were learned. Beginning in 2008, under the leadership of the Storm Teams, Commercial Large Loss Division (CLLD), and Executives, Storm Response was formalized into a cooperative program between the Storm Teams and the Corporate office.

From 2009 to 2011, the Storm Teams responded to 15 managed events. This experience continued to foster program improvements as Storm Leaders learned from successes and mistakes. At the end of 2011, SERVPRO® experienced the first of two “All-Call” events under the current Storm Response Program. The first was Hurricane Irene/Tropical Storm Lee, followed by SuperStorm Sandy in 2012. These two events significantly affected how Storm Response is managed, providing more valuable lessons. During this time, SERVPRO® also developed Storm Manager® to automate the process for dispatching and tracking leads. Since 2012, the introduction and integration of updated software tools for Storm and the introduction of DryBook™ for production have significantly improved the ability for SERVPRO® Storm Response to manage any event—whether it is a micro event or the next major hurricane.

Storm Response is an integral part of the SERVPRO® Story and differentiates our ability to execute from all other competitors in the industry. We will continue to make incremental improvements to support the SERVPRO® Brand.