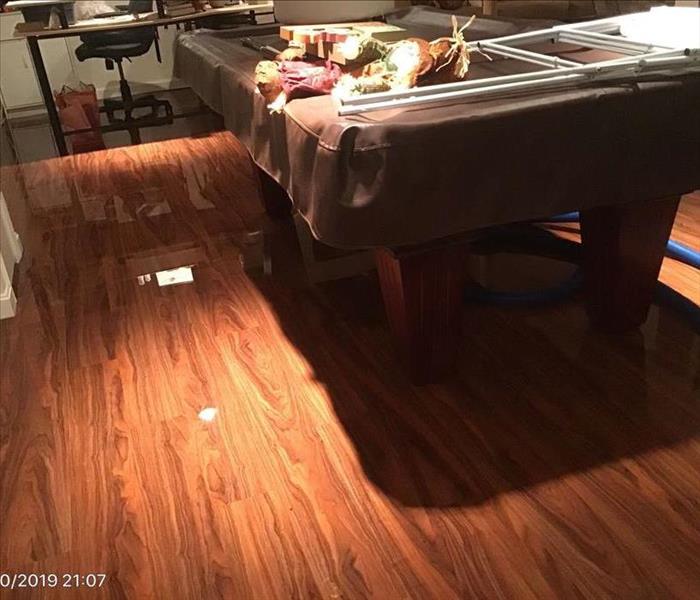 This flooded basement was caused by a recent rainstorm.

A sump pump failure in the basement caused this basement flooded due to the heavy rainstorm. The homeowner left home for a whole day came back with 6 to 10 inches of standing water throughout the entire finished and unfinished basement.