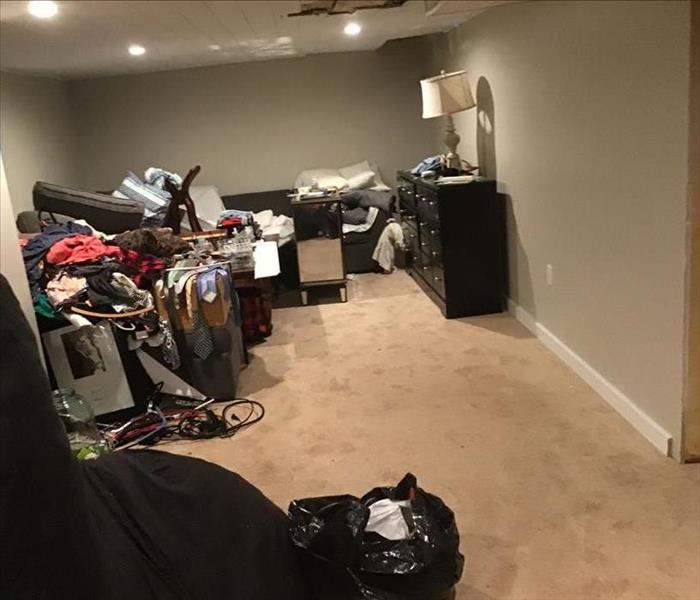 This water-damaged finished basement was caused by a sewer drain pipe on the second floor bathroom.