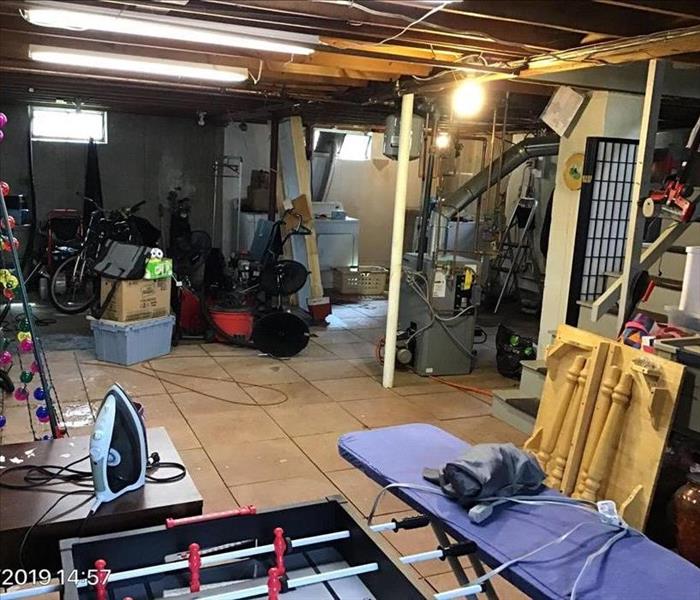 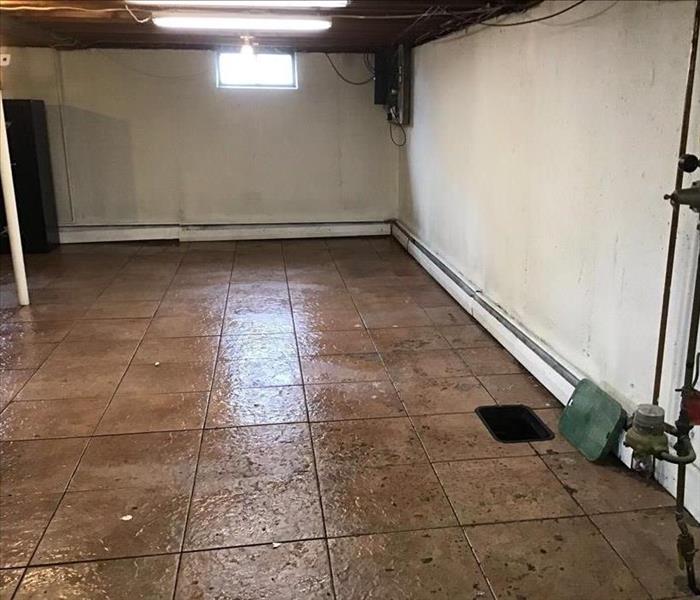 This flooded unfinished basement in Manchester, NH was the result of groundwater. Notice of extent of the water damage; the water was about five inches deep throughout the finished basement. The customer called SERVPRO of Manchester-East for emergency service. The after picture was taken only four days after the incident. Our customer was expecting a much longer process and she was thrilled with the result.