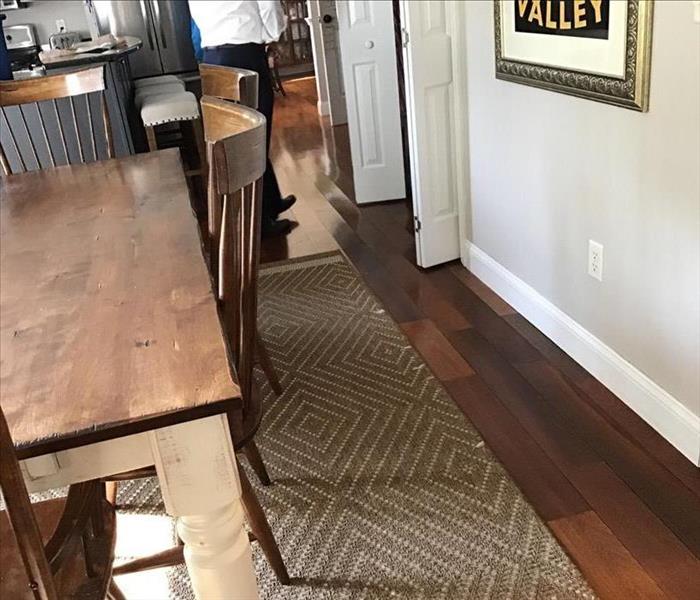 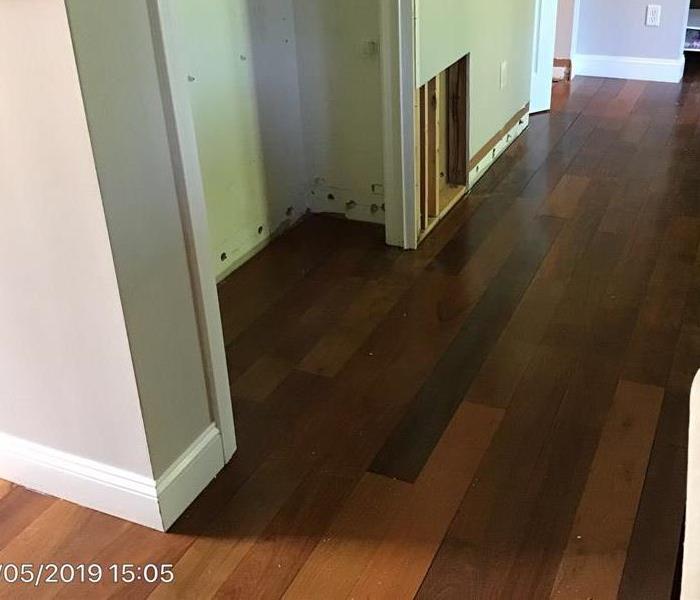 A washing machine had a slow leak when customer was on vacation.SERVPRO of Manchester-East was called to deal with the damage. This after picture was taken only five days after the loss happened. The owner of the property was amazed by the result. All affected cupped cherry hardwood floors were able to go back to flat "Like never even happened."