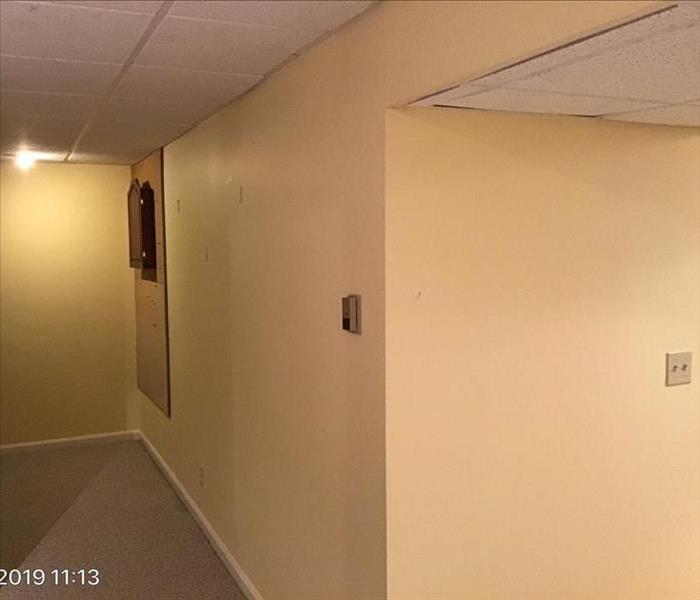 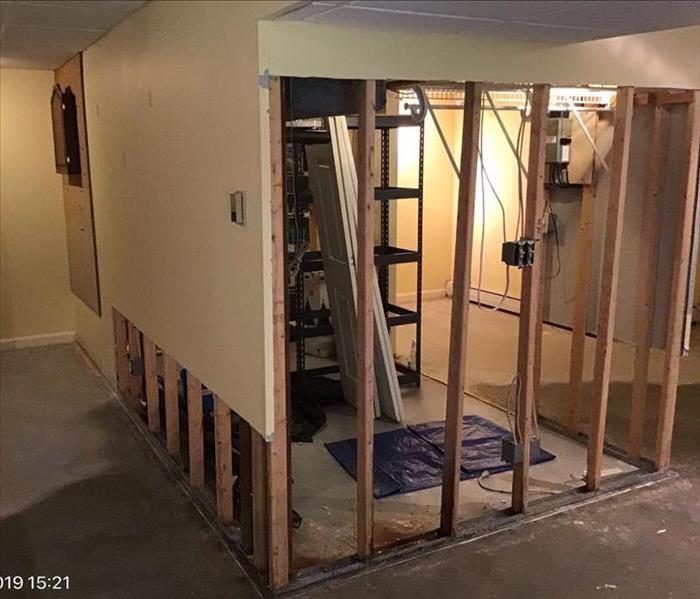 This flooded basement in Bedford, NH was the result of groundwater damage. Notice of the extent of the water damage; The water came through the concrete floor in the basement caused by the heavy rainstorm. The homeowner called SERVPRO of Manchester-East immediately after the rain stopped. The after picture was taken only two days after the incident.