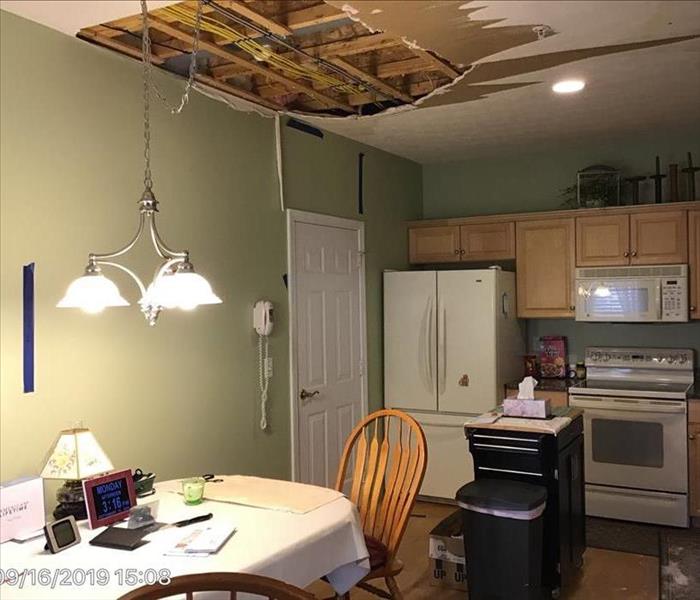 A water pipe burst on the second-floor bathroom caused this kitchen on the main floor flooded. The hardwood floors in the kitchen were all affected by the water and buckled real bad. The ceiling in the kitchen has already sagged and fell due to the water from the second floor. The worst part is, the homeowner was in the hospital, and he did even know his property had water damage until several weeks after.